Thanks to a reader’s question, I made some research on the typical Japanese temple layout. It turns out that they are, as expected, very different. Despite this, they almost always have the same buildings, even if they can vary in size, depending on the function of the temple.

Here is an example from a very famous temples in Japan. 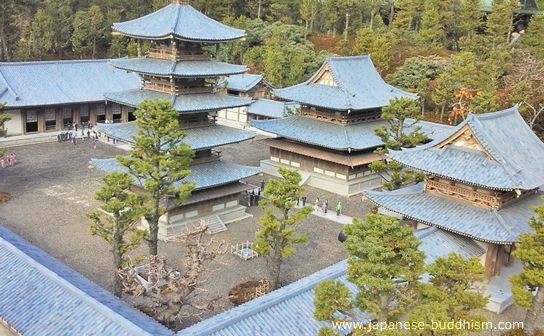 Here is a map of the layout of the temple. you can click on different buildings to get a brief description of the building. 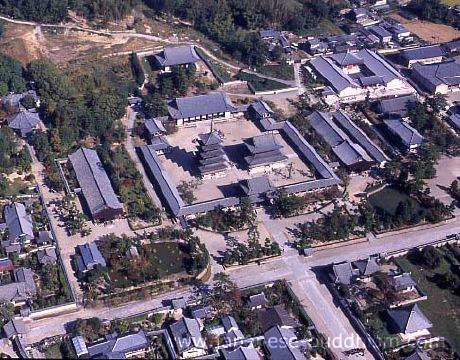 (Chumon) The main gate is where the visitors of the temple enters. In some temple, the gate was fortified as they held various warrior-monks. These temples were real forteresses. Nowaday, this is where you would have to pay the entrance fee. 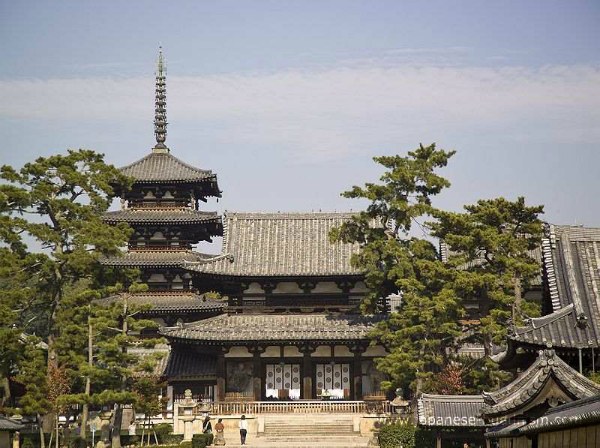 (Kondou) The main sanctuary is where the temple’s main Buddhist image is enshrined. It is common that other images are enshrined on the temple ground. When it’s the case, the secondary halls usually bear the name of the diety. For example Fudo-do for Fudomyou. In the case of Houryuji, the hall holds the famous Shaka Triad, together with a bronze Yakushi and Amida Nyorai statues, and other national treasures.

The five storied pagoda is not always present in temples but it is in many. Sometimes it holds the more traditional shape of a stupa. The Pagodas are built high because they are said to enshrine the relics of Buddha. They also serve as sites for holding ceremonies and expressing thanks. 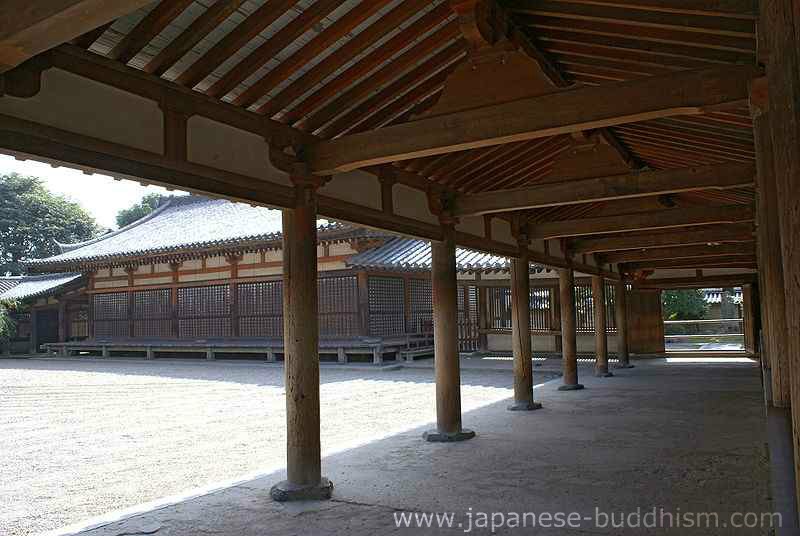 (Kairou)The cloister is a covered walk to go around the temple ground and in this case it follows the outside wall. Sometimes, especially in temples built in mountains or on a hill, they will include staircases.

(Shourou) The bellfry houses the temple bell. It is sometime sitting next to the main hall in smaller temples. In this case, it’s a building by itself.

These housed the priests and monks living at the temple. Nowadays, for smaller temples, it is not uncommon to see a typical Japanese house on the temple grounds.

(kyouzou) The repository holds sutras and other texts. Sometimes they also hold other artifacts. 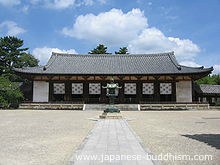 These buildings are part of the Shichidō garan temple layout. It is common in ancient temples. Shichidō garan means seven hall layout. The seventh building is the refectory, where monks eat and bathe.

Many temples hold other buildings. In Zen temples, for example, the zen-do or meditation hall is always present.