In today’s world, more and more famous people proclaim to be
Buddhist. Following the Buddha in Hollywood has its perks as it is an
instant image booster. Whether it’s Richard Gere being in the Dalai
Lama’s intimate circle, Steven Seagal being the reincarnation of a
rinpoche, or Orlando Bloom, these celebrities enjoy an instant boost in
their coolness factor.

Orlando Bloom is a member of the Soka Gakkai International movement.
When Tabloids in his native England found out about it, they
bad-mouthed him by saying he was in a cult. He wasn’t happy about it.
For him, Buddhism is a way of life, a tool to cope with the life’s
problems and suffering. 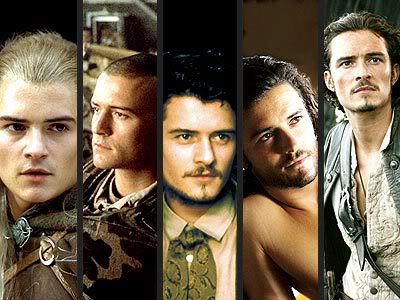 He had his share of hardship. According to an interview given to Details
in 2007, he discovered at 13 that his father was not his biological
father, he fell 3 floors and hurt his back at 19 and had to cope with
the ale as of celebrity since he was cast in some major movies like Black Hawk Dawn, Lord of the Rings and Pirates of the Caribbean.

Here’s what he said about his practice:

“The philosophy that I’ve embraced isn’t about sitting under a tree
and studying my navel, it’s about studying what is going on in my daily
life and using that as fuel to go and live a bigger life. When your
girlfriend dumps you, when the bill comes through the door, and your
mom calls you and tells you she can’t handle the stuff in her
life—that’s hell, but that’s just one world. If you are aware of what
is going on, then you can grow and use that hunger, that fear.”

It is to be noted that Bloom is an active practitioner. He talks openly about it and dated, Kate Bosworth and Miranda Kerr, both members of the same organization. Now, Kerr and Bloom take part in numerous charity events to better help the world, especially the environment.

He recites Nam-Myoho-Renge-Kyo as part of his daily practice.

On June 28th, 2010,  U.K.'s DailyMail announced that Miranda Kerr just got engaged to Orlando Bloom.  She was apparently seen by papparazis visiting a church in Los Angeles  in preparation for their wedding. The couple are both practicing Buddhist but might apparently get married in a church to please their parents.

He also works for charities