My visit to Koya San

My visit to Koya San 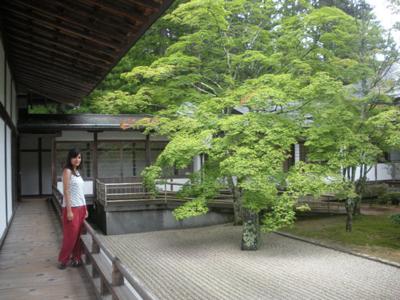 This is me in a temple garden. 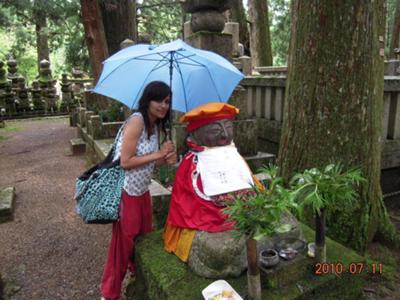 There are so many beautiful things in the cemetery! 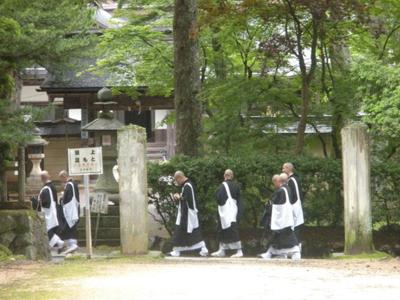 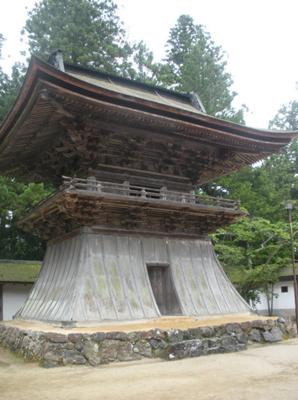 One of the many ancient buildings in Koya-san

Kôyasan is home to an active monastic center founded twelve centuries ago by the priest Kûkai (posthumously known as Kôbô Daishi) for the study and practice of Esoteric Buddhism. It is the headquarters of the Kôyasan sect of Shingon Buddhism, a faith with a wide following throughout Japan.
Situated on a small plain at the top of Mount Kôya is the sacred area known as the Danjô Garan, a complex of temples, halls, pagodas and Buddhist statuary that welcome visitors to this serene and hallowed place.
Surrounded by a thick forest of massive cedars, the area known as Okuno-in, or the Inner Sanctuary, the mausoleum of Kūkai, surrounded by an immense graveyard (the largest in Japan) it features numerous famous Japanese, including that of the samurai ruler Toyotomi Hideyoshi (or Taikô Hideyoshi) as well as memorials to the spirits of soldiers killed in the Pacific War.

In 2004, UNESCO designated Mt. Koya, along with two other locations on the Kii Peninsula, as World Heritage Sites.

It was a beautiful, bright and rainy Sunday.
The whole road was washed fresh. And the rain was sharp for the most part of it.
Driving up the Koya mountain,was like no other.
The path was canopied by the tallest,greenest and most serene umbrella of cryptomeria (すぎ） trees.