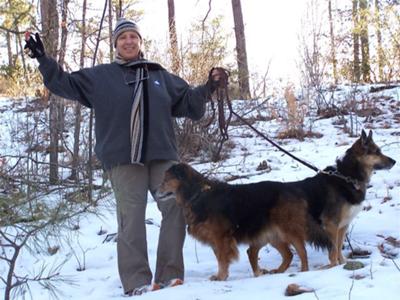 I think I was a Buddhist long before I started any kind of more directed study or practice. I have been involved with the SGI.

At first, I gained great comfort and value in chanting with other believers. I was very wary of becoming involved in anything which could be considered a cult.

I did value that the SGI was not beholding to the politics or control of the Priests. Mostly, though I stuck with the study of the Gosha and principles behind Nichiren Daishonen Buddhism. In this aspect of practice I found my connection.

In time the issues of being part of the SGI made me too leary and I could not continue, whenever an organization is so completely directed towards the writing and mission of a single person (President Ikeda) and/or his tight group of leaders. I became more suspect in how I was persued as I dropped out, and told that I must chant so long everyday and come to meetings and no other depth to practice…with study groups being more focused, it seemed in the writings of Ikeda.

I want to practice this Buddhism. I do not want to be part, or at least not as my only means of supporting and participating in community. However, now I have a belief and nobody to share it with or to study or be guided. I am of course now leary of the Nichiren Shoshu because of the terrible stories of corruption and pettiness behind the rift between the Temple priests and the SGI which needs to temper the importance and demi-god like image of President Ikeda and his wife. I don’t agree with the austerity or Zen practices which are more abundantly accessible to seeking believers. I want to stay within the Mahayana and Nichiren school and related writings from the Gosho and the Lotus Sutra. I am open hearted though and feel I should be able to find a group of other Buddhists with whom I can socialize, practice and study. I need to find this to grow. Finding this e-zine on the internet has been the most promising resource thus far. I am open to more discussion and advice.

Thank you for developing this forum and for your writings, please keep it up. I hope to find better answers to my situation.