Herbie Hancock has been a Buddhist for more than 35 years. He’s one
of the many famous Buddhist people shaping our culture today.

In today’s world, more and more people proclaim to be Buddhist
celebrities. Buddhism in Hollywood has its perks as it is an instant
image booster. Whether it’s Richard Gere being in the Dalai Lama’s
intimate circle, Steven Seagal being the reincarnation of a Rinpoche,
or Tina Turner, the followers of the Buddha enjoy an instant boost in
their coolness factor. 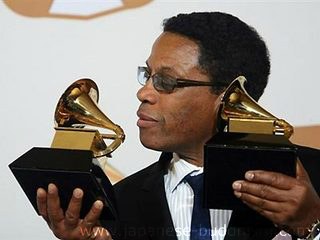 Herbie Hancock is a living legend. He has won 8 Grammy awards in the
last 2 decades to crown his 50 years long career. He played with his
mentor and All-Around-God of Jazz Miles Davis, and with most every
major musicians who respect the profession in the last five decades. He
also is an outspoken Buddhist and readily admits that Buddhism has had
a big influence on his music, especially on one of his latest project;
Imagine.

Introduced to Nichiren Buddhism and the mantra Nam Myoho Renge Kyo by a fellow band member, the bassist Buster Williams, he has been practicing since 1972.

The story goes that on a Friday night, during a tour, he asked the band to play Toys, a piece that starts with a bass solo. When Buster Williams started playing, Hancock noticed something special was happening and he didn't want to stop him. After 15 minutes, he decided to join and the show resumed. Once the show was over, he took Williams apart and asked him what fueled that magic moment they all witnessed. Buster Williams told him that he recently had taken up the teaching of Buddha and had been reciting the mantra Nam Myoho Renge Kyo every day.

A conversation ensued and in the words of Hancock: "... it came through the music, which was the only way to kind of reach my heart at the time, because that’s what my focus was then. " Because it came through the music, it awoke something in him and he started questioning Williams about this new philosophy. The answers Willams gave him greatly satisfied him and he started practicing Nichiren Buddhism.. 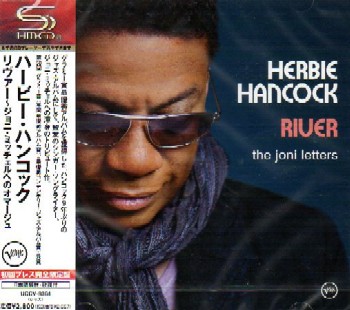 Through the years, he spoke regularly about his beliefs and said that it really changed him.

" One of the most important ones (realisations brought forth from his practice) is to realize finally that this thing that I’ve been kind of placing up on a pedestal, sort of as my object of worship—music and being a musician—I wasn’t looking at it the true way. I realized that being a musician is not what I am, it’s what I do. I’m also a father, I’m a son, I’m a neighbor, I’m a citizen, I’m an African-American. I’m a bunch of things. But, at the center of all of that is I’m a human being. Now I view music from the standpoint of being a human being rather than being a musician. So, that’s a much deeper overview. "To him, the most interesting aspect of Nam Myoho Renge Kyo is that you do not have to believe in it for it to be effective. Just like Gravity doesn't need to be explained for things to fall to the ground, the Daimoku has a universal effect on people whether they believe it will affect them or not. They just have to practice it and they will invariably see positive effects. This is what Buster Williams told him and it is what made him try it out in the beginning.

Now, Herbie Hancock is a member of SGI and is active in the promotion of peace with actions like his commitment to the Emissaries for Peace Concert Tour.