Do Obaku Zen monks still follow the traditional manner of ordination as prescribed in the Dharmagupta Vinaya?

Do Obaku Zen monks still follow the traditional manner of ordination as prescribed in the Dharmagupta Vinaya? 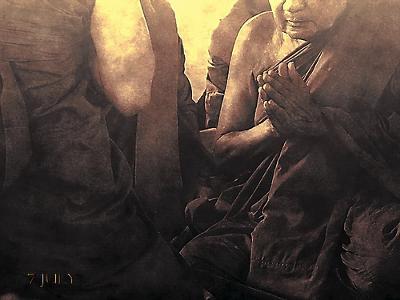 As far as I know, after the time of Dengyo Daishi (The founder of Tendai in Japan) Japanese Buddhists gradually abandoned the traditional way of monk’s ordination (upasampada), considering it to be Hinayanist (Theravada).

Dengyo Daishi advocated the conferral of bodhisattva-precepts only for ordaining monks in the Tendai sect (from which many new sects during Kamakura period were founded, such as Rinzai, Soto, Jodo, Jodo-Shin, Nichiren — their founders were joining the Tendai sect before).

In contrast, such practice is never thought of in China (Chinese monks always keep the 250 precepts of the pratimoksa to this day). With regard to the Obaku sect, does it still follow the traditional way of monks’ upasampada as is brought by its founder, Ingen Daishi, during Ming China? Did they also suffer from the clerical-marriage promotion during Meiji period?

Your question was very specific and presented a challenge.

I am not familiar with the ordination rites of monks in Japan but I promise to investigate the subject and write a page on it. My best friend was ordained in the Shingon tradition.

Here’s what I found:

Japan technically follows this, but as many “monks” in Japan are married, they are more rightly considered “priests” (ie specialists in performing ceremonies). Other Japanese monks follow the Bodhisattva Precepts only. ( a set of moral codes used in Mahayana Buddhism to advance a practitioner along the path to becoming a Bodhisattva.)

A book discussing the status of the Japanese Buddhist priests.

T. Griffith Foulk writes that, “The followers of Hakuin Ekaku (1687—1769) tried to purge the elements of Ōbaku Zen they found objectionable. They suppressed the Pure Land practice of reciting Amida Buddha’s name, deemphasized the Vinaya, and replaced sutra study with a more narrow focus on traditional koan collections.”

This seems to mean that no, they do not follow the practice of upasampada. I doubt it survived any sects as most priests are married in Japan.