The three evils of Buddhism

In Buddhism, The three evils are not something we are victim of by an external being like Satan nor is it something one can do to others exclusively. Evil is mostly done to us by ourselves.

They differ from the Mahayana tradition to the Theravada tradition.

In Theravada, the three evils are: 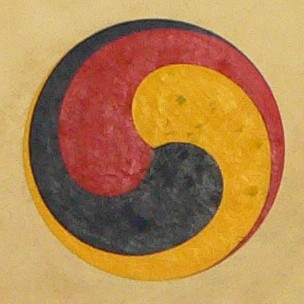 In The Mahayana tradition (which we will discuss of here as it the the main tradition in Japan) the three evils are similar but a little different. They are:

The nature of ignorance is in not ackowledging our infinite self and keeping our limited view that we are separate from the rest of creation. We ignore the ilusion that separates us, thus creating all sorts of problems and suffering for us. One of the causes of our ignorance is to rely on the senses to understand our existence.

Many say that this evil is the worst of the three and that only overcoming this one would bring us in contact with our Buddha nature.

There are many ways to do so but the most commonly refered one is meditation.

Attachment is clinging to what we have, what we know either by greed, ignorance or fear. The fear of change is a great example of attachment. If someone doesn’t want to change a pattern because the fear of the unknown is greater than the suffering of the old pattern, one is attached to the pattern.

There are 4 types of attachments:

The second noble truth identifies craving as the cause of suffering. Craving is defined as a hunger, or thirst for things or states.

There is the craving for sensual pleasures: wealth, sex, fame, eating and sleeping.

The craving for becoming or existence: being something we are not. These includes feelings and states: happy, rich, healthy, etc.

The craving for not becoming or non-existence: the desire not to become something we are currently not: dead, sad, poor, etc.