In today’s world, more and more people proclaim to be Buddhist
celebrities. Being Buddhist in Hollywood has its perks as it is an
instant image booster. Whether it’s Richard Gere being in the Dalai
Lama’s intimate circle, Steven Seagal being the reincarnation of a
rinpoche, or Steve Jobs, the followers of the Buddha enjoy an instant
boost in their coolness factor.

Let`s examine some famous people who
are or have been involved with Buddhism. 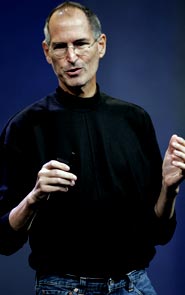 Read on a website:” How can you say that you are Buddhist
when you are so good at spawning desire and attachment in this world? “

Steve Jobs’ Apple company could be said to have a very Zen-like
attitude toward design with its pure lines and minimalist approach to
user-experience. This might not be by accident. Jobs is in fact a
follower of the Buddha.

It all began, as far as we know, in 1974 when Jobs, then 21, asked
for a sabbatical from his employer, Atari, in order to go to India.

After a month visiting gurus, looking for answers, he came back, not
really satisfied with what he had found. For some reasons, he decided
that Thomas Edison had done more for mankind than a lot of Gurus and
other philosophers.

When he went back, he started frequenting the Los Altos Zen center,
in Los Altos, California. There, he practiced primal scream therapy. It
is also interesting to note that at the time, he was a fruitarian and
his favorite food was the apple. (see the connection?)

At Los Altos, he met with his new teacher, Kobun Chino who would later preside at his wedding. Roshi Kokun Chino was a Soto Zen monk, trained in Japan at Eiheiji, Fukui.

Today, Jobs is rumored to still practice Zen and to be a vegan. He quotes from Zen masters and philosophy during his speeches, as when he spoke of the beginner's mind in an interview with Wired Magazine.

Mr. Jobs could be really sincere in his spiritual path on a personal level but his company seems to stray more and more from the Dharma, if only by creating attachment and craving.

Having said this, I really respect the man.  Especially all he accomplished and all he tried to do.  He really changed the world. 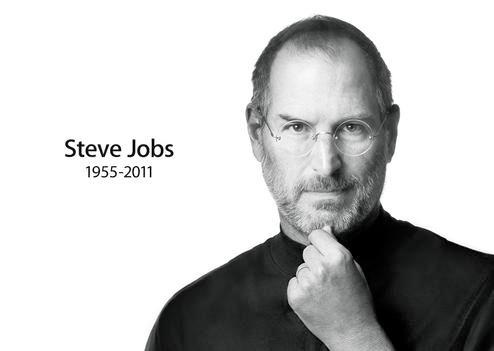