What is Reincarnation in Buddhism?

Reincarnation as we know it is mostly based on a misconception of what it really is. The usual question
or image that comes to mind is what kind of animal will the person become in the next life. Most people
think you’ll become a cockroach or something similarly insulting. Some think they can even remain a ghost in the
next life. This is what is called as transmigration and this is not the accepted concensus in Japanese
Buddhism. Japanese Buddhism concept on rebirth is not to be confused with the Indian Buddhism
concepts on rebirth.

Karma is a conditional situation. It does not determine what or who the person is going to be when they
die. Basically, no one is fated to become a particular life form, instead our karma is made and we
have the chance to metamorphose it at any time, most especially when death is being experienced. 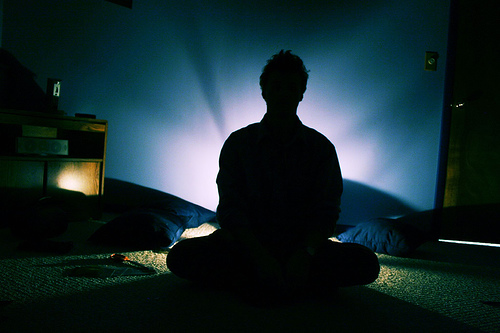 For the
Japanese Buddhists people become aware of death from the time of birth. This is because each person is
caught in the cylce of life and death and each person can become free of both of these when attaining illumination.

This freedom is particularly important for Buddhists because death gives people a chance to change
their karma. Many Buddhists prepare themselves all throughout their lives for that moment of death
when it is possible to let go of the many habits.

Rebirth as Opposed to Reincarnation

Reincarnation is not the word used in Buddhism instead the word is “rebirth.” Rebirth is simply
a new birth where some positive traits are carried over to the new life and body. This is opposed
to “reincarnation” which literally means the shape or ”avatar” of the same soul changes form. Buddhism rebirth
is not transmigration which means that the soul will pass on to another body intact.

Dissolution of the Consciousness

For the Japanese, the consciousness will dissolve at the moment of death. This is called the “dissolution of the
skandhas” (aggregates).

The skandhas start to melt away and will become re-connected with all
things on earth. When alive, the skandhas are already connected in a limited way and will only reach the
optimum connection, or communion at death.

When alive, the Japanese Buddhists continuously meditate in the goal of preparing
the consciousness and the soul for that particular time when death occurs and those who are highly
skilled in meditation can literally influence the circumstance and the result of the rebirth. This would be what the Dalai-lama does/did at death.

Zen Buddhism or Japanese Buddhism will lead the faithful to a path of understanding and in the acceptance that people are being constantly reborn, that there is no permanent soul that will continue to another life or be punished for all time. The person is who it is now because of memory, habits,thoughts, life and the body it is in.

The concept of rebirth is simple: to sever the connections of this life upon death.

Family,history, memories or friends that are known in the present life are no more. What is left is just parts of a whole that will change in the next life. We are the same soul but we restart anew each time.

Here is a nice text about reincarnation in other cultures