Japanese funerals are sadly a part of life in Japan. Death
comes to
us all as they say and I will spare you Benjamin Franklin’s quote on
the subject. In Japan, Buddhism takes care of the deceased and their families.

In Japan, it is often said that you are born a Shinto and die a Buddhist. There are
various ceremonies in life involving Shintoism; the 7-5-3 ceremonies, first
visit to the shrine by the baby, weddings etc. The Kami care for the
living and the Buddhas for the dead.

Shintoism has a disdain of death
and there is no real theology on what happens after we die. This
explain why Buddhism could take root in Japan, right next to the native
religion. Buddhism filled the gap and deals with death and its rituals
in 85% of cases.

Being from Canada, I recently read in the news that Canadians
are
increasingly cynicals about politicians, they think they are corrupt
and do not care for anything else than Big-Business and their friends.
In Japan, the same sentiment goes for Buddhist priests.

It comes from the incredible cost of funerals and all the
differents
anniversaries through the years that require the services of a priest.
They really have a niche market captive and they milk it at the expense of the grieving people.

First let’s examine what are Japanese funerals and then we
will talk about the business of funerals. 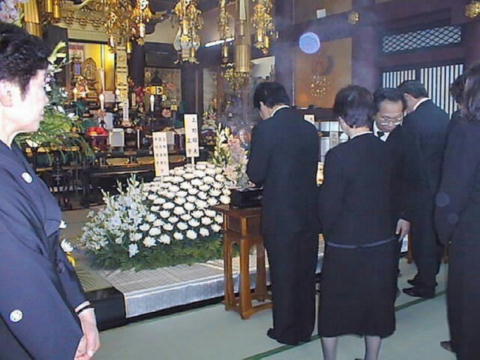 Some statistics: in 2005 80% of people died in hospitals in
Japan,
a 30% jump in 30 years. conscequently, the persentage of funerals held in
ceremony halls also increased as the houses got smaller and more
crowded, not being able to accomodate a large number of guests. In 2005
again, 84.5% of the funeral ceremonies in Japan were held in such a
place.

The average cost of a funeral ceremony in Japan is now about
236,6 million Yen ($US26,000)
including all the expenses like food, the priest and diverese rentals.
As some observer said, it’s about the same price as a medium sized car.

Let’s examine 2 price plans taken from a major Japanese
company in
Tokyo and what they include. Please click on the pictures for a
description of the item. 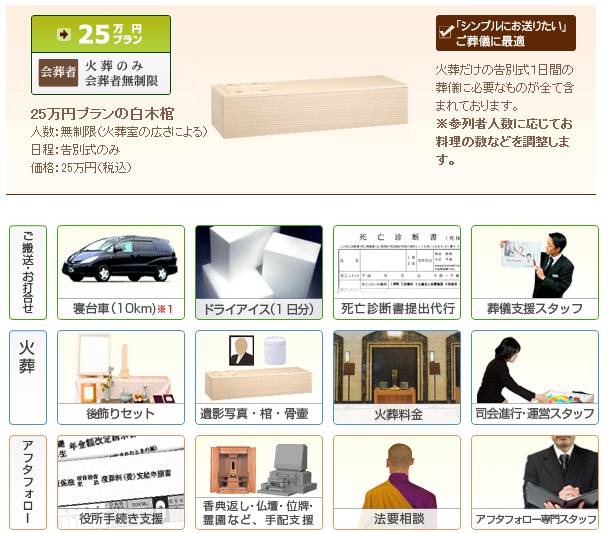 What is included (from top to bottom, left to right) 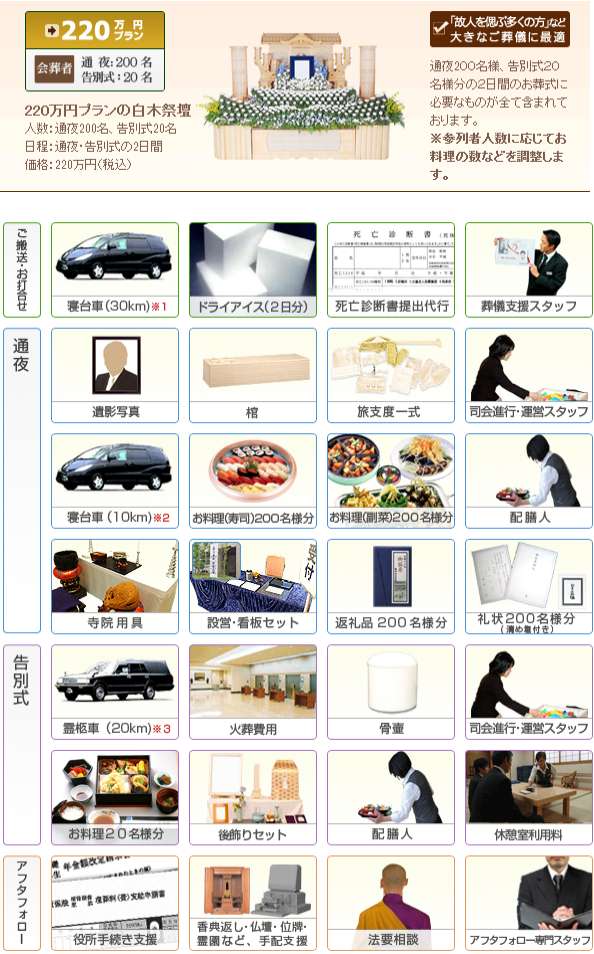