Living
in a beautiful valley East of Nagano-city, in the town of Suzaka is
Dorothee Eshin Takatsu, ordained Zen priest of the Rinzai tradition.
She runs a zen-do (dojo) called Horakuan out of her small
traditional farm house and welcomes anyone who is interested in
learning about Zen.

I got in touch with her for an interview and she graciously accepted.

J.B.: How did you get interested in Buddhism, and in Zen in particular?

Eshin: I’m from Germany and have a Protestant background.
This was, of course, not a religion I chose but one that I got because
my parents were both Protestant.  I was then baptized as a child. 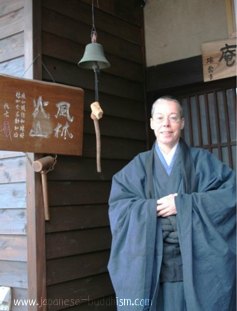 I started thinking about religion and the “meaning of life” in my late school years, but did

God as was suggested to me. What I really felt drawn to was Eastern Philosophy, Lao-tse and other

Chinese Philosophers and their “Way of Living” (i.e. The Tao Te Ching and Taoism in general).

Eventually I came around to Zen (only in books), but did not practice while

I was in Germany. (It was not yet as popular as it is now!).

connections to temple life and the community. But that did not lead me to the
activities I’m doing now. I had participated in zazen for a while
during my time as a student in Japan, but I did not continue after
going back to Germany. When I came here, there was no zazen group
either in Suzaka or in our temple so, I did not get back to it.
(Raising kids and working

fulltime was also a reason.)

J.B. Could you tell us about the area you live and how you got there? 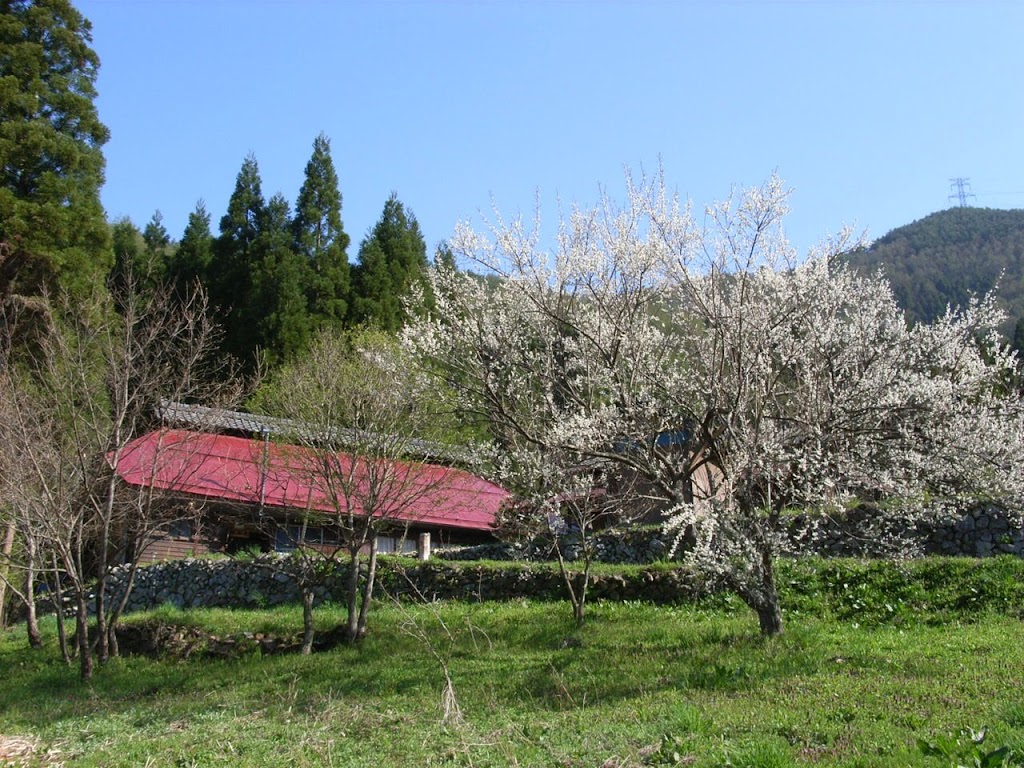 Eshin:
I live in Suzaka city, East of Nagano.  It’s an ancient crossroad
town in old Japan and in the Meiji era, it became a silk reeling
industrial center.  It is in the shadow of Mt.Nekodake (2128
meters above sea level) and is blessed by natural beauty.  Azaleas
growing on the slope on mountains, a beautiful waterfall and splendid
mountains surround the area I live in.

J.B. Could you please tell us what you do exactly?

Eshin: I
run a Zen-do and lodging for people interested in visiting my region or
learning about Zen and Buddhism. I organize pilgrimages to places of
importance in the region, hold zazen session, and other events.  I
also host people who can stay here.

J.B. Who comes to visit you?

Eshin: Foreigners
and Japanese. Some stay for the weekend or a few days; I have had also
people for longer stays. Apart from the regular zazen group, some come
for the activities; some come just to talk or to get some advice.
Anybody is welcome even if just to drink tea and enjoy the quiet place!
(I also gladly accept help with the many jobs to be done inside and
outside the farm)

J.B. How did you get into running a Zen-do? Are you affiliated with any

Eshin: I started Horakuan after rebuilding an old farm house. The priest who

ordained me (my shisho) supported me very much. I’m ordained in Rinzai, and the

zazen I practice is Rinzai style, but anybody is welcome and I also have Soto priests,

I’m not affiliated with any particular organization but apart from Horakuan,

I work for the International Department of Sanzen Dojo no Kai, a nationwide

J.B. Is there no rivalry between all these sects?

Eshin: There
is some within Japanese Buddhism throughout Japan, it depends very much
on the individual priest. Of course there are also open minded priests.

J.B. How did you get ordained? 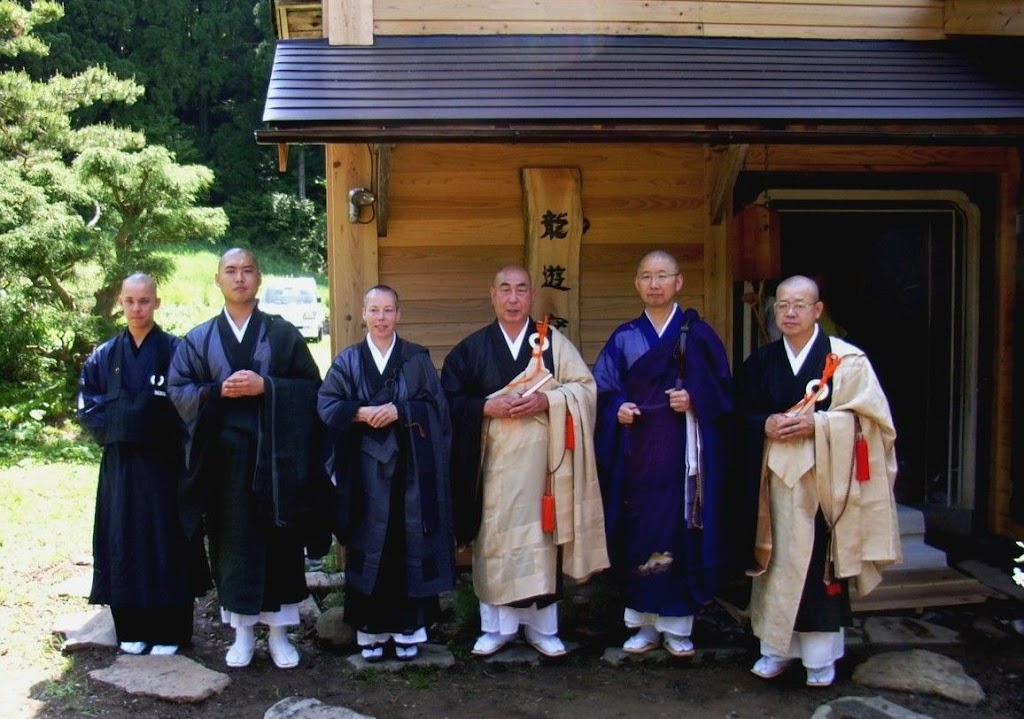 Eshin: Several
years ago we had had a big ceremony at my husband’s temple that was
attended by a number of Rinzai Zen priests. I was very impressed by
their free and unrestricted way of being. It was obvious that they had
attained it through

their rigorous training in the temple. That inspired me to start zazen again, first

a Rinzai monastery for five years.

I was ordained by a priest of Kenchoji Temple in Kamakura, who is one of

the many wonderful examples of a Rinzai priests

J.B. In your view, what is the most important thing in Buddhism?

Eshin: To get to know your real self and put that into compassionate practice

wherever it is possible.

J.B. How do you see the state of Buddhism in Japan today?

Eshin: I have the impression that Japanese people don’t know much about Buddhism,

although many belong to a Buddhist temple community and have a Buddhist
altar in their homes. One reason is that schools are not allowed to
teach religion. Another is that many temples don’t make much effort to
teach the teachings.

the practice or teachings, but because they have to take over the family

temple. Actually, the practice in some Zen centers abroad is much more

serious than in many monasteries in Japan, and if the language barrier and

prejudices on both sides were not such a big problem, both could benefit

from each other very much. (Of course there are a lot of crooked “Zen

J.B. Do you strive to bridge the gap created by the language barrier and prejudices?  Is this what you are working for?

Eshin: Definitely
yes! That is the main purpose of the International Division of Sanzen
Dojo no Kai and also through individual contacts I’m working in that
direction.

J.B. How is it being a foreigner in the world of Japanese Buddhism?

Eshin: In training in the monastery there is no difference. Now, at Horakuan, I

think it is an advantage, because I know Western Buddhism (to some extent)

and the situation in Japan and I can mix the best of every side. I’m free in

what I do, because I don’t intend to get absorbed inside the world of

that is not so nice…!). I have good connections to a lot of priests, so I

really have chances to look around and learn.

J.B. What advice would you give to someone who is interested in becoming a Buddhist priest in Japan?

Eshin: He/She
has to decide the Buddhist sect first. There are many, and training in
each sect is very different. Then he/she has to find a priest who will
ordain him/her. The priest will suggest the further training.

But
before becoming ordained and deciding to become a priest, I would
always recommend to take part in training activities in temples, which
is possible to some extent.

You can find out more about her at http://horakuan.net/en/index.html

Do you have something to say or a question for Ms. Dorothee Eshin Takatsu?

Do you have a something to say about this interview or a question? Share it! 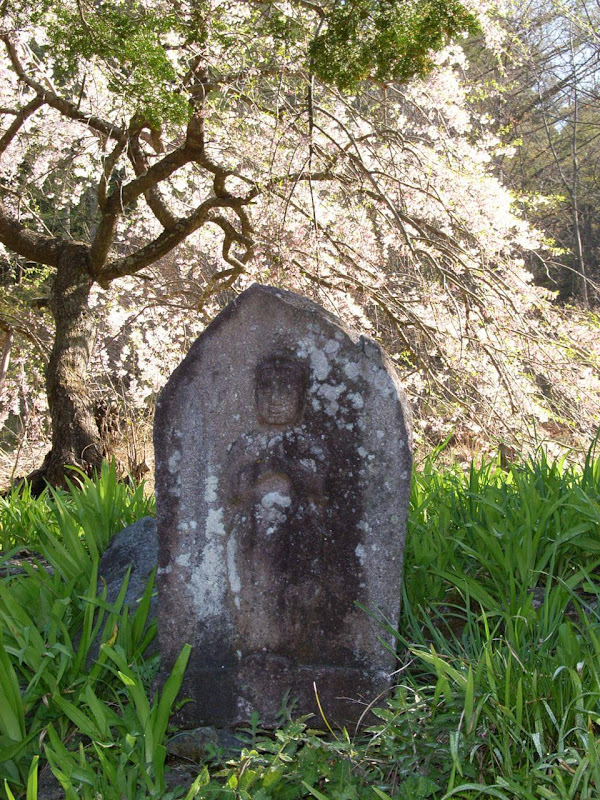