At least one of the Beastie Boys is in Buddhism. Adam Yauch (AKA MCA)
of the infamous Beastie Boys rap/alternative group got interested in
Buddhism in 1981. That’s right, eighty-one! He talks in a Shamballa Sun
interview on how he came to Buddhism and how it has affected his
music. 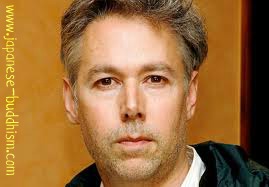 On How He Came To Buddhism

In
the article, Yauch says that he had always been interested in
spirituality. He first read a lot about Native American spirituality
and other religions and was greatly influenced by his teacher called
“Quentin”. Quentin was not Buddhist but spend years isolated in a log
cabin. A lot of the stuff he taught Adam Yauch of the Beastie Boys was
very close to Buddhism though and when Yauch, himself of Jewish origin,
got acquainted with Buddhism while in Kathmandu, in around 1993.

There,
he hung out with Tibetan people, Buddhists for the most part, and
really got interested in both their culture and their religion. He
says:”Tibetans in general are really centered in
the heart, coming from a real warm place. Real compassion. I think that
all of the years that Tibet spent focused on Buddhism kind of affected
the collective consciousness of Tibet and just kinda stayed in. It’s so
deeply inlaid in the culture.

It’s after
attending a conference given by the Dalai Lama at the university of
Arizona that he realized that Buddhism really made sense to him. It was
very similar to what his friend Quentin had been teaching him and it
was all written down for him to study.

Adam Vaugh confess that at the begining of their carreer, the Beastie Boys played some pretty stupid music but doesn't regret it. They had to go through the motion. At the very begining, Hard Core and Rap, (with bands like Bad Brains and Minor Threat) according to him, was very positive music but with the influence of Chuck D of Public Enemy, rapbecame a vehicule to vent anger at the oppression of the black people of America.

Slowly, he started including spiritual messages on his albums and already, on the second album Paul's Boutique, the track "A Year and a Day" is about how he felt spiritually but the lyrics are not in the booklet and the voice is so distorted that it is hard to make out what he is saying. Nonetheless, he got many positive feedback and gained confidence in expressing what he feels spiritually. Many fans came to him about it and talked about their own experience with Buddhism.

On "Check Your Head", a lot of positive lyrics are also used. More and more, the focus of the group The Beastie Boys changed to make more positive music. Now, they enjoy notoriety and fame while still making music they believe in. "Bodhisattva Vow" is one such track that really spells out their convictions.

Every morning and evening, he spends some time in meditation and doing visualization. He also uses the same techniques when writing songs. He first visualizes what the song should be and then built it around the mental image.

On July 20, 2009, Yauch announced that he is being treated for a cancerous parotid 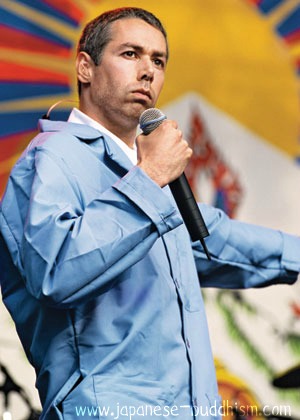 gland and a lymph node and was planning to undergo surgery and radiation therapy.

In addition to medical treatment, he also called for people to practice healing meditation to fight cancer. Yoko Ono also participated to the movement.

He announced that the cancer was treatable and was not expected to affect his voice, although the group's upcoming album release and tour would be delayed.

Yauch has since become a vegan under the recommendation of his Tibetan doctors.